This site is devoted to the study of the nativist American Party—also called the Know-Nothings—in antebellum Massachusetts, and their unlikely role in effecting public school integration. Know-Nothings briefly wielded significant political power nationally as the traditional two party system fragmented, and for a time in Massachusetts controlled both the legislature and the governor’s office. Paradoxically, Know-Nothing political dominance translated into the passage of a great body of progressive legislation, including a law in 1855 that outlawed segregation in Massachusetts schools—the first state in the nation to do so.

The Power Point showcased above was presented at History Camp Pioneer Valley 2017 on July 29, 2017.

Click on the link below for my journal article, “Strange Bedfellows: Nativism, Know-Nothings, African-Americans and School Desegregation in Antebellum Massachusetts,”  that explores this topic in greater depth. 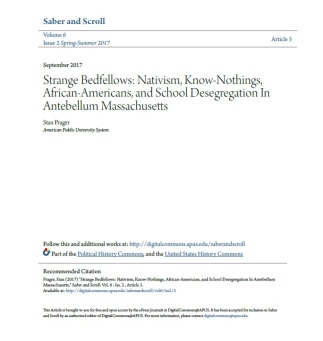 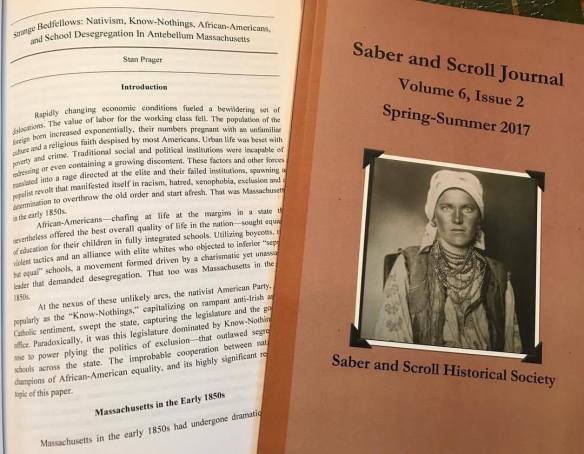 I am currently writing a book about William Cooper Nell, the African-American abolitionist who led the decade-long movement that finally resulted in Boston school integration.  I will post additional information about this project as my research progresses – Stan Prager